Picking a theme to go with and challenging oneself to write on it every single day for a month is…challenging! What with said writing needing to happen between a demanding day job and the body and mind’s demand for rest.

I decided to start #graphAfrica on July 1st and today on the 9th, this is my 6th post

…. I really struggled on the long 4th of July weekend as I was hardly home. I’ll make up for it though. One simply does not call oneself a writer/blogger if they do not do it now do they?

In quick review look up the “afropolitaine” and “graphAfrica” and enjoy yourself. Thank you for reading and I’ll keep them coming. I haven’t been feeling well for the last 3 days and am basically functional because of an unrecommendable amount of Advil which brings me to what I’d like to briefly spotlight today. 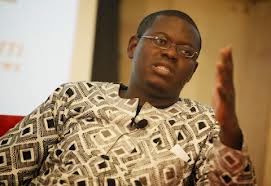 Bright Simons is a Ghanaian (based there) social innovator who developed an sms based program/app called mpedigree to detect counterfeit drugs in circulation around the continent at the point of purchase. Many of you may have heard of him already as I have, but I’m finally getting to write about him. His invention/innovation was addressing the problem of fake/expired medication in circulation and the resulting drug resistance that strains of several conditions/diseases, especially malaria, were developing. In essence some of these pills, even according to conservative estimates, were killing 1000s of people.

From being a western educated astrophysicist who left that to study and work with refugees, at some point Simons decided to return home to do something PRACTICAL.

“I realized I needed to become an entrepreneur. And I had no money. So I needed to find an area where I could make an impact without a lot of money. And that is where technology came in.”

What I like and find highly motivating here is that money was not the motivation and the absence of it did not stop his practical and useful idea from coming to fruition. By sending a simple text message containing the code on medication/pills, one can find out if it’s real or not. In turn, manufactures protect themselves and their product by being able to determine if a shipment has been compromised.

His idea was adopted the first from the continent to demonstrate south south knowledge exchange. Not only is it used in 6 African countries (east and west), but also in India and Bangladesh. It’s so simple and easily transferable and requires very little to operate and be successful. You don’t even need a smart phone (don’t get me started on how smart phones are anything but) and it can be applied to so many other unregulated industries. In the absence of visible and active government agencies like FDA (US Food and Drug Administration), perhaps more low capital and cutting edge ideas like mpedigree can fill that gap.

Come to think of it, mpedigree would be a great idea even here in the US to simplify or completely replace antiquated institutions and the bureaucracy therein when it comes to authentication/classification/verification of goods and even services. That would be too easy now wouldn’t it?! This is a country that prefers inches and feet to centimeters and meters, calls football soccer and sells “real” orange juice with no pulp.